skip to main | skip to sidebar

Here's the return package I got from the esteemed Dr DJ Toast as a trade for the Blondie 7" that I mailed him.
As well as the collages and personalised stickers I got a blinding Halloween CD featuring a mix of obscure monster songs and a selection of the good doctor's own tunes. To download some of his music for free, go to: www.archive.org and search DJ Doctor Toast. 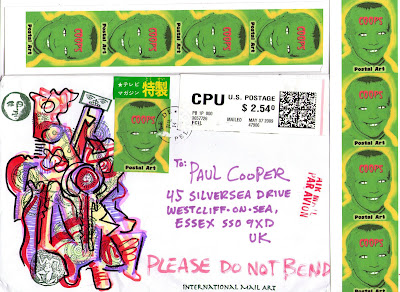 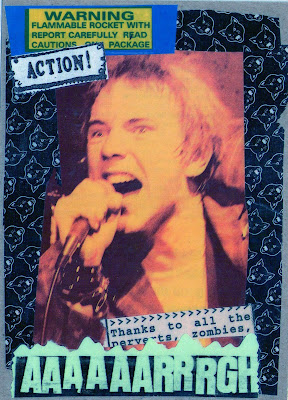 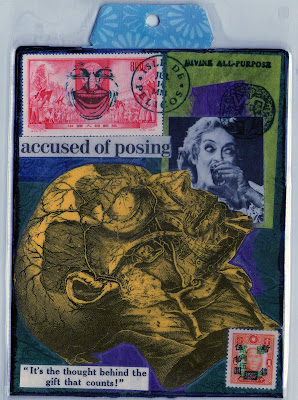 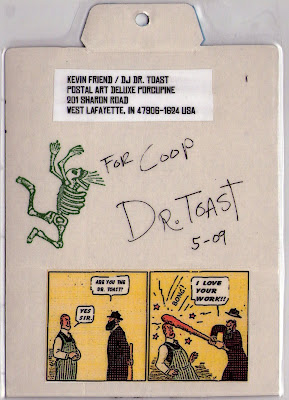 Here are a couple of fantastic pieces I traded with obviousfront at atcsforall.com. Both are thick plastic postcards which obviousfront has made and engraved himself.
The orange one was made for me and the yellow one was made in 1993 and was returned to sender after sitting in the San Gabriel, CA post office for 13 years.

These Industrial Strength postcards created some problems for the US Postal System. Several branches refused to accept them after an automatic sorting machine was damaged trying to process one.

The third photo shows the engraving machine being used to create my orange card. 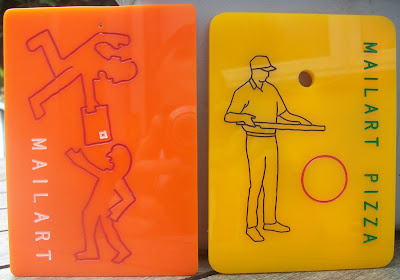 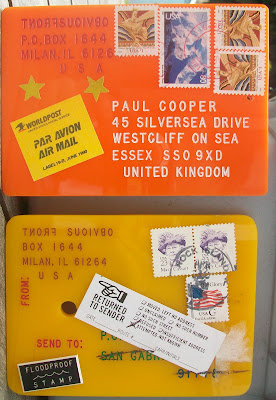 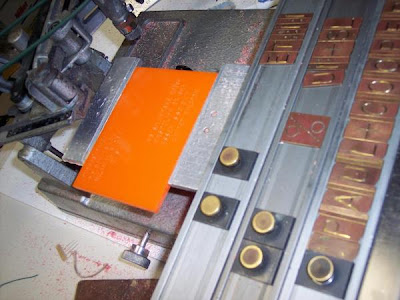 Seeing as DJ Toast sent me such a cool bundle of goodies, I thought I'd send something back. Rather than work on card or paper I fancied trying something a bit different, so I dug out an old Blondie 7" and using stencils and spraycans gave it a makeover. I popped stamps on it and stuck it in the postbox, no packaging, and wondered if it would make the transatlantic crossing in one piece. It did, old vinyl was made to last it seems, no chance of getting a song out of it anymore though. 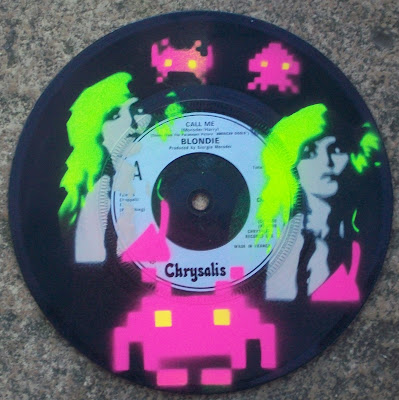 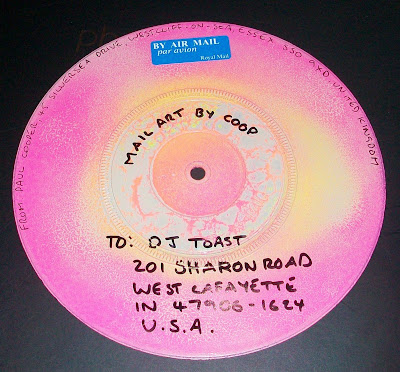 "A Patchwork Of Flesh" painting

Here is a new painting I have just finished of Frankenstein's Monster called "A Patchwork Of Flesh". I will be submitting it for the Beecroft Gallery's Open Exhibition this summer in Southend. I used spraypaint and stencil, acrylics, Sharpie, white pencil, watercolours and collage. 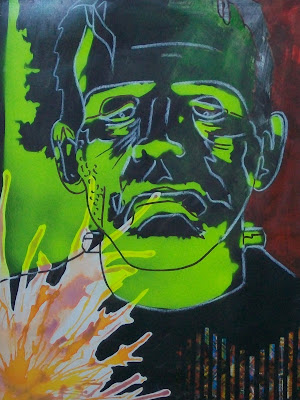 Coop
One third of Thee Polyvinyl Craftsmen along with Laggers and Miggins. Podcasting once a week from our vinyl box of delights in the Back of Beyond.

View my complete profile
If you find some music here you like, go out and buy it, try a record shop first, preferably an independent, if you can't be bothered to get off your arse and shop, do it online.

I am always keen to trade art, if you see something you like, get in touch and see if we can work out a swap of some kind.